Plan created by another user.Make it yours
Edit start date
Want to change plan duration?

After decades of conflict, Luanda experienced a massive economic boom at the beginning of the 21st century, making it one of the most developed cities in Africa and a magnet for tourists.

Here are some ideas for day two: get outside with Avenida 4 de Fevereiro, take an in-depth tour of Museu da Moeda, explore the galleries of Fortaleza de Sao Miguel, thenenjoy the sand and surf at Sangano Beach, and finally head outdoors with Cabo Ledo.

For traveler tips, maps, other places to visit, and other tourist information, go to the Luanda trip builder.

Toronto, Canada to Luanda is an approximately 23.5-hour flight. The time zone difference moving from Eastern Standard Time to West Africa Standard Time is 6 hours. Plan for much warmer temperatures traveling from Toronto in October, with highs in Luanda at °C and lows at °C. Wrap up your sightseeing on the 16th (Fri) early enough to travel to Windhoek.
more less

Things to do in Luanda 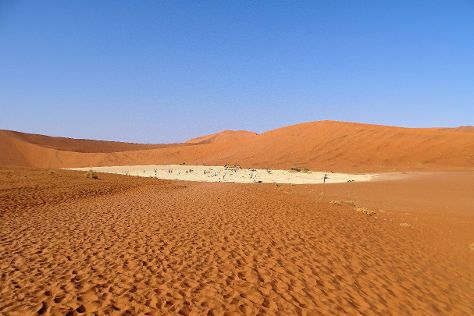 Located in the heart of the country, Namibia's capital city Windhoek receives a constant influx of tourists, in part because of its international airport.

Use Inspirock's suggestions to plan your Windhoek trip and find the best activities and attractions for your vacation.

Traveling by flight from Luanda to Windhoek takes 6 hours. Alternatively, you can take a bus. Traveling from Luanda in October, expect nights in Windhoek to be slightly colder, around °C, while days are somewhat warmer, around °C. Finish up your sightseeing early on the 17th (Sat) so you can travel to Swakopmund.
more less

Things to do in Windhoek

Deadvlei
Find places to stay Oct 16 — 17:
Hotels on TripAdvisor
Homes on Airbnb
Highlights from your plan

Nestled on Namibia's Atlantic coast and surrounded by the sand dunes of the vast Namib Desert, the resort town of Swakopmund enchants visitors with its distinct German colonial architecture and pleasant climate.

Explore Swakopmund's surroundings by going to Walvis Bay (Off-Road Tours & Kayaking & Canoeing). Next up on the itinerary: take an exotic tour of a safari tour, don't miss a visit to Hohenzollernhaus, take a leisurely stroll along Swakopmund Jetty, and stop by Kristall Galerie.

Traveling by flight from Windhoek to Swakopmund takes 3.5 hours. Alternatively, you can take a shuttle; or drive. Plan for little chillier temperatures traveling from Windhoek in October, with highs in Swakopmund at °C and lows at °C. Cap off your sightseeing on the 20th (Tue) early enough to travel to Maseru.
more less

Things to do in Swakopmund 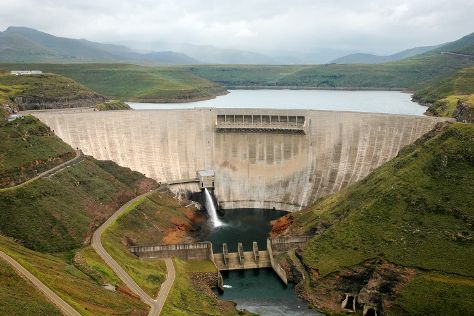 Founded in 1869 by the British, Lesotho's main city--Maseru--lies on the border with South Africa on a plateau surrounded by red hills.

On the 21st (Wed), make a trip to Morija Museum & Archives, try to win big at Lesotho Sun Casino, and then take in the awesome beauty at Maluti Mountains.

For where to stay, maps, other places to visit, and more tourist information, use the Maseru day trip planner.

You can fly from Swakopmund to Maseru in 19.5 hours. Alternatively, you can drive; or do a combination of shuttle and bus. The time zone changes from Central Africa Time to South Africa Standard Time, which is usually a 1 hour difference. In October, daily temperatures in Maseru can reach °C, while at night they dip to °C. On the 22nd (Thu), wrap the sightseeing up by early afternoon so you can travel back home.
more less

Things to do in Maseru