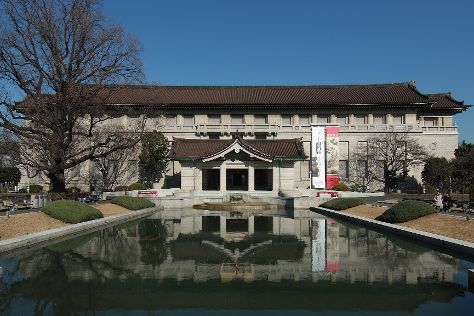 Tokyo holds the status of most populous metropolitan area in the world--a fact you'll find tangible as you walk the bustling streets and explore its diverse neighborhoods and cultures.

You've added Yokohama Minato Mirai 21, Tokyo Central Railway Station, Kasai Beach Park, and other attractions to your itinerary. Head to Ginza and Ameya Yokocho (Ameyoko)for plenty of shopping. Tokyo National Museum and Odaiba District are good opportunities to explore the local culture. There's much more to do: take in the spiritual surroundings of Senso-ji Temple, make a trip to Shibuya Crossing, and have some family-friendly fun at Owl Cafe Akiba Fukurou.

You can plan Tokyo trip in no time by asking Inspirock to help create your itinerary.

Melbourne, Australia to Tokyo is an approximately 13.5-hour flight. You can also fly. The time zone difference when traveling from Melbourne to Tokyo is minus 1 hour. Expect a bit warmer evenings in Tokyo when traveling from Melbourne in October, with lows around 18°C. Cap off your sightseeing on the 12th (Mon) early enough to travel to Kyoto.
more less

The national capital for over a thousand years, Kyoto retains much of the charm of old Japan, boasting numerous temples and shrines that seem completely untouched by the modern world.

You've added The Ritz-Carlton Spa, Pontocho District, Haru Cooking Class, and other attractions to your itinerary. Satisfy your inner culture vulture at Fushimi Inari-taisha Shrine and Kyoto Isｓhu Trail, Higahiyama Fuahimi Inari Course. Visit Kinkaku-ji and Nijo Castle for their historical value. Next up on the itinerary: identify plant and animal life at Yase Momiji no Komichi.

To see where to stay, maps, more things to do, and tourist information, read Kyoto trip itinerary planner.

Take a train from Tokyo to Kyoto in 3.5 hours. Alternatively, you can fly; or drive. Expect a daytime high around 27°C in October, and nighttime lows around 18°C. Wrap up your sightseeing on the 15th (Thu) early enough to drive to Osaka.
more less

Things to do in Kyoto

Proud of their hometown's distinct culture and dialect, many natives of Osaka describe their city as "Japan's anti-capital." An antidote to Tokyo's hectic energy, Osaka marches to the beat of its own drum, serving as the country's longtime commercial and industrial hub.

Your day by day itinerary now includes Taste Osaka as well as Namban Culture Center. Let the collections at Osaka Shiritsu Toyo Toji Museum and Hakutsuru Sake Brewery Museum capture your imagination. Do some cultural sightseeing at Dotombori District and Nara Park. Explore the numerous day-trip ideas around Osaka: Ichizo Kobayashi Memorial Museum (in Ikeda), Todaiji Temple Cultural Center (in Nara) and Himeji Castle (in Himeji). The adventure continues: steep yourself in history at Osaka Castle, get in on the family fun at Universal Studios Japan, and see the interesting displays at Mizuno Sportology Gallery.

Traveling by car from Kyoto to Osaka takes 1.5 hours. Alternatively, you can take a train; or take a bus. In October, daytime highs in Osaka are 26°C, while nighttime lows are 17°C. Finish up your sightseeing early on the 20th (Tue) so you can travel back home.
more less

Things to do in Osaka