©
Lyons-la-Forêt is a commune in the Eure department in Haute Normandie in north-western France.Because of its architecture which has been maintained as it was at the beginning of the 17th century, it is also a well-known landmark within the very distinct geophysical and geocultural entity that is the end of Vexin normand and the forest of Lyons around the town is the border with Pays de Bray known for its traditional bocage landscape of woods, orchards and cattle economy.GeographyLyons-la-Forêt is located 34km from Rouen and 28km from Gisors. Museum-lovers will appreciate Musee De La Verrerie and Verrerie, Centre Culturel du Manoir de Fontaine. Get some cultural insight at Chateau Fort de Rambures and Chateau de Boury. Change things up with these side-trips from Lyons-la-Foret: Chateau de Mesnieres (in Mesnieres-en-Bray), Eu (Chapelle du College des Jesuites & Musee des Traditions Verrieres) and V1 Site at Val Ygot (in Ardouval). Next up on the itinerary: take in the architecture and atmosphere at Abbaye Saint-Germer-de-Fly, explore the world behind art at Musee des Traditions Et Arts Normands -, take in nature's colorful creations at Jardins d'Angelique, and step into the grandiose world of Chateau de Fleury la Foret.

Newark, USA to Lyons-la-Foret is an approximately 12.5-hour flight. The time zone changes from Eastern Standard Time (EST) to Central European Time (CET), which is usually a 6 hour difference. In June, Lyons-la-Foret is slightly colder than Newark - with highs of 70°F and lows of 52°F. Wrap up your sightseeing on the 30th (Sun) to allow time to travel to Paris.
more less

Things to do in Lyons-la-Foret 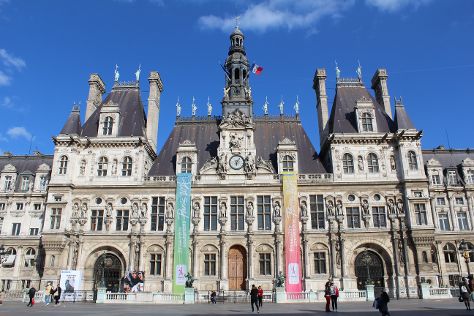 For reviews, maps, more things to do, and tourist information, you can read our Paris trip planner .

Getting from Lyons-la-Foret to Paris by car takes about 2 hours. Expect a daytime high around 74°F in June, and nighttime lows around 55°F. Finish your sightseeing early on the 9th (Tue) so you can travel back home.
more less