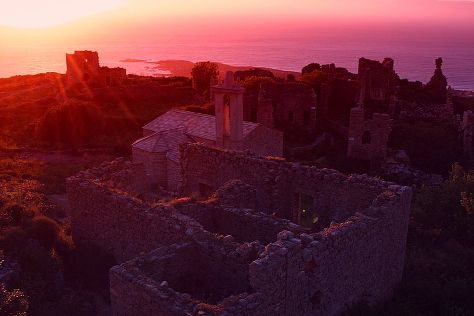 ©
Calvi is a commune in the Haute-Corse department of France on the island of Corsica.It is the seat of the Canton of Calvi, which contains Calvi and one other commune, Lumio. On the 29th (Sun), explore the ancient world of Village abandonné d'Occi, take in the architecture and atmosphere at Cathedral Sainte Marie Majeure, then take a memorable tour with Tours, and finally contemplate the long history of Citadelle de Calvi. Here are some ideas for day two: stop by FRAGNU, make a trip to Les Calanche Cliffs, then look for all kinds of wild species at Nature Reserve of Scandola, and finally make a trip to Chapelle de Notre Dame de la Serra.

To find maps, where to stay, reviews, and more tourist information, go to the Calvi online travel route planner.

Tel Aviv, Israel to Calvi is an approximately 11-hour flight. Traveling from Tel Aviv to Calvi, you'll gain 1 hour due to the time zone difference. In September, Calvi is a bit cooler than Tel Aviv - with highs of 30°C and lows of 19°C. Finish up your sightseeing early on the 30th (Mon) so you can travel to La Rochelle.
more less

Things to do in Calvi 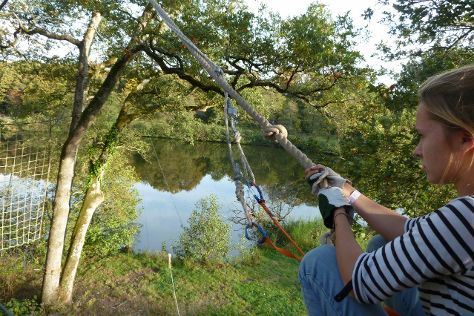 Driving on the narrow streets can be difficult in La Rochelle so walking or biking will give you the best view of the pale stone buildings that give the Vieux Port, or old port, a distinctly Mediterranean quality.

Do some cultural sightseeing at Clocher Observatoire and Phare des Baleines. Bring the kids along to Le phare de chassiron and Vieux Port. Venture out of the city with trips to Le Grand Defi (in Saint-Julien-des-Landes), Association Hermione-La Fayette (in Rochefort) and Quartier de l'Ile de Penotte (in Les Sables-d'Olonne). There's more to do: make a trip to Towers of La Rochelle.

Start your trip to La Rochelle by creating a personalized itinerary on Inspirock.

Traveling by flight from Calvi to La Rochelle takes 6 hours. Alternatively, you can do a combination of car and ferry; or do a combination of train and ferry. In September, La Rochelle is slightly colder than Calvi - with highs of 26°C and lows of 15°C. Finish your sightseeing early on the 3rd (Thu) to allow enough time to drive to Perros-Guirec.
more less

Things to do in La Rochelle 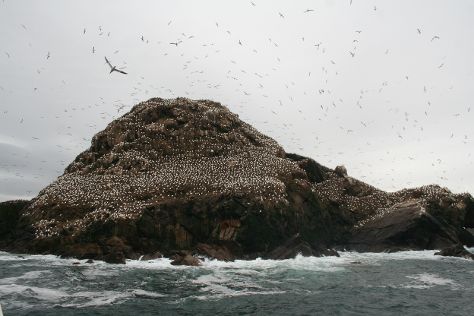 Perros-Guirec is a popular seaside resort with beaches and opportunities for water and beach sports.

Kick off your visit on the 4th (Fri): identify plant and animal life at Reserve Naturelle des Sept Iles, then get to know the fascinating history of Grand Site Naturel de Ploumanac'h, and then stroll through Sentier des douaniers. On your second day here, stop by L'Atelier de L'Huitre, then head off the coast to Ile de Batz, and then contemplate the long history of Abbaye de Beauport.

Things to do in Perros-Guirec

©
Sainte-Mère-Église is a commune in the Manche department in Normandy in northwestern France. On the 6th (Sun), head outdoors with Omaha Beach, then admire the striking features of Cathedrale Notre-Dame, and then contemplate the long history of Pointe du Hoc. On the 7th (Mon), you'll have a packed day of sightseeing: take an in-depth tour of Airborne Museum, look for gifts at La Maison du Biscuit, then take in the history at Musee du Debarquement Utah Beach, and finally contemplate the long history of Remains Mulberry Harbour.

For other places to visit, traveler tips, photos, and more tourist information, use the Sainte-Mere-Eglise day trip planning tool.

Traveling by car from Perros-Guirec to Sainte-Mere-Eglise takes 3.5 hours. Alternatively, you can do a combination of taxi, train, and bus; or do a combination of taxi, bus, and train. In October, daytime highs in Sainte-Mere-Eglise are 17°C, while nighttime lows are 11°C. Finish your sightseeing early on the 7th (Mon) so you can drive to Vallon-Pont-d'Arc.
more less

Things to do in Sainte-Mere-Eglise 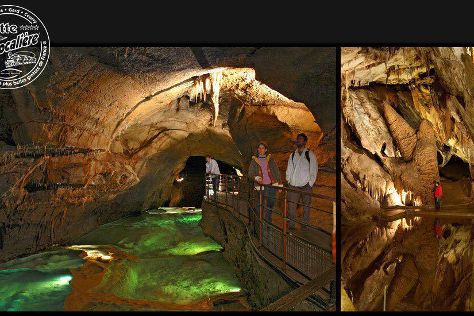 For photos, other places to visit, where to stay, and other tourist information, you can read our Vallon-Pont-d'Arc trip planner.

You can drive from Sainte-Mere-Eglise to Vallon-Pont-d'Arc in 9.5 hours. Other options are to do a combination of bus, train, and taxi; or do a combination of flight, train, and bus. Traveling from Sainte-Mere-Eglise in October, expect nights in Vallon-Pont-d'Arc to be about the same, around 12°C, while days are somewhat warmer, around 24°C. Wrap up your sightseeing on the 10th (Thu) to allow time to travel to Bonifacio.
more less

Things to do in Vallon-Pont-d'Arc

At the southernmost tip of the island of Corsica, Bonifacio is a city with chalk-white limestone outcrops sculpted into unusual shapes by the ocean.

Things to do in Bonifacio