The Gateway to the Great Barrier Reef

A neat, cosmopolitan city of shaded plazas and laid-back neighborhoods, Cairns serves as a popular base for exploration of the surrounding region and the Great Barrier Reef, as well as a center for watersport activities like surfing or waterskiing.

Change things up with a short trip to Palm Cove Beach in Palm Cove (about 32 minutes away). The adventure continues: see some colorful creatures with a scuba or snorkeling tour, see the world from above with a helicopter tour, take in the waterfront at The Jack Barnes Bicentennial Mangrove Boardwalk, and get a dose of the wild on a nature and wildlife tour.

For more things to do, ratings, other places to visit, and other tourist information, read Cairns trip itinerary builder site .

Adelaide to Cairns is an approximately 5.5-hour flight. You can also drive; or take a bus. In February, Cairns is somewhat warmer than Adelaide - with highs of 36°C and lows of 28°C. Finish your sightseeing early on the 8th (Sat) so you can take a bus to Port Douglas.
more less

Things to do in Cairns 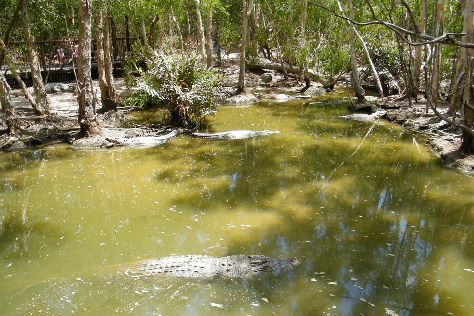 A holiday in Port Douglas balances an activity-filled getaway with plenty of opportunities to relax, thanks to its proximity to the Great Barrier Reef and bustling beach life.

Venture out of the city with trips to Diwan (Alexandra Bay Waterfall & Daintree Entomological museum) and Myall Beach (in Cape Tribulation). There's much more to do: identify plant and animal life at Wildlife Areas, have fun at Port Douglas Tennis Club, kick back and relax at Four Mile Beach, and learn about wildlife with up-close encounters at Wildlife Habitat Port Douglas.

To find where to stay, other places to visit, photos, and other tourist information, refer to the Port Douglas trip planner .

You can take a bus from Cairns to Port Douglas in 1.5 hours. Alternatively, you can drive; or take a shuttle. February in Port Douglas sees daily highs of 36°C and lows of 28°C at night. Wrap up your sightseeing on the 12th (Wed) early enough to travel to Brisbane.
more less

Things to do in Port Douglas

Queensland’s biggest town and state capital, Brisbane has an attractive, manicured image based around its riverside aesthetic as well as the contrast between its high-rise center and extensive urban greenery.

To see more things to do, photos, ratings, and other tourist information, refer to the Brisbane travel planner.

Things to do in Brisbane

Lent iconic status as a result of its famous bridge and opera house, Sydney has a down-to-earth charm that enhances its spectacular setting and functional efficiency.

For ratings, where to stay, maps, and other tourist information, use the Sydney travel planner.

Traveling by flight from Brisbane to Sydney takes 4 hours. Alternatively, you can do a combination of bus and flight; or drive. In February, daily temperatures in Sydney can reach 31°C, while at night they dip to 23°C. Wrap up your sightseeing on the 20th (Thu) early enough to travel to Melbourne.
more less

Things to do in Sydney

Bondi to Coogee Walk
Find places to stay Feb 15 — 20:
Hotels on TripAdvisor
Homes on Airbnb
Highlights from your plan

Change things up with a short trip to The Great Ocean Road in Torquay (about 1h 20 min away). The adventure continues: take in nature's colorful creations at Royal Botanic Gardens, learn about all things military at Shrine of Remembrance, see the interesting displays at Melbourne Museum, and take in panoramic vistas at Eureka Skydeck.

To find ratings, other places to visit, photos, and more tourist information, you can read our Melbourne trip builder tool .

Getting from Sydney to Melbourne by flight takes about 3.5 hours. Other options: do a combination of flight and shuttle; or drive. Traveling from Sydney in February, expect little chillier with lows of 16°C in Melbourne. Finish up your sightseeing early on the 24th (Mon) so you can travel to Uluru-Kata Tjuta National Park.
more less

Things to do in Melbourne 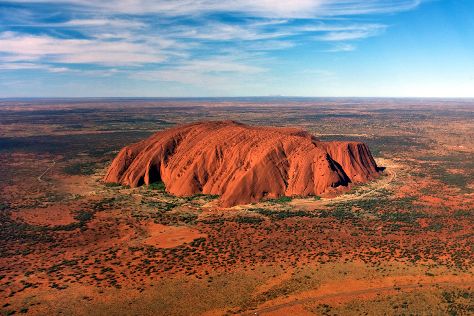 Please note that visitors are no longer allowed to trek up Uluru.

Located right in the center of Australia, the national park boasts perhaps the country's most iconic natural symbol and a sacred place for the region's indigenous people--as well as Kata Tjuta, a collection of 36 red rocks forming an equally distinctive sight.

Uluru-Kata Tjuta National Park is known for nature, museums, outdoors, trails, and classes. Your plan includes some of its best attractions: take in the dramatic natural features at Uluru, explore the activities along Mutitjulu Waterhole, take an in-depth tour of Uluru-Kata Tjuta Cultural Centre, and view the masterpieces at Walkatjara Art.

For photos, other places to visit, ratings, and other tourist information, you can read our Uluru-Kata Tjuta National Park trip maker site .

Things to do in Uluru-Kata Tjuta National Park

©
Valley of the Winds 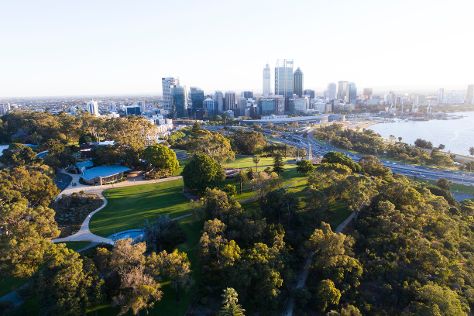 A modern metropolis of glassy skyscrapers, waterside boulevards, and lush residential neighborhoods, Perth sits on the edge of the Swan Coastal Plain.

Start off your visit on the 28th (Fri): explore the activities along Swan River, then stroll around Kings Park and Botanic Garden, and then appreciate the history behind State War Memorial. Get ready for a full day of sightseeing on the next day: contemplate the long history of Fremantle Prison, take in the views from Elizabeth Quay, then don't miss a visit to The Bell Tower, then contemplate the long history of The Perth Mint, and finally get your game on at Elizabeth Quay Carousel.

To find ratings, traveler tips, where to stay, and tourist information, you can read our Perth tour itinerary planner.

Things to do in Perth