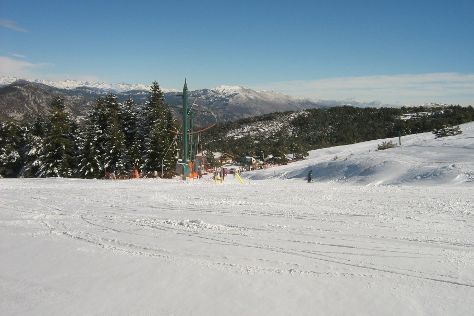 Well-known for the beautiful views of its famous Promenade des Anglais waterfront, Nice is an ethnically-diverse coastal port city on the French Riviera and the fifth most populated city in France.

Popular historic sites such as Vieille Ville and Eglise Saint Jean Baptiste are in your itinerary. Take a break from the city and head to Station de Ski L'Audibergue and Lérins Islands. Venture out of the city with trips to Bateau Sans Permis (in Mandelieu-la-Napoule), Capitaine Plaisance (in Agay) and La Collegiale de la Conversion de St-Paul (in St-Paul-de-Vence). Next up on the itinerary: take in breathtaking views at Nice Rafting, take in the spiritual surroundings of Our Lady of Peace Abbey, take in the architecture and atmosphere at Église Saint Veran, and wander the streets of La Croisette.

Things to do in Nice 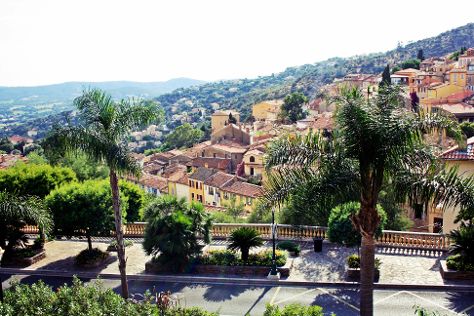 The 2013 European "Capital of Culture," Marseille is the largest port city on the breezy Mediterranean coast and the second largest city in France.

Visiting Sentier Jean Francois Jube and Sentier Littoral will get you outdoors. Popular historic sites such as Basilique Notre-Dame de la Garde and Palais des Papes are in your itinerary. Change things up with these side-trips from Marseille: Aix-en-Provence (Paroisse Cathédrale Saint Sauveur Aix-en-Provence & Cours Mirabeau), Domaine CROIX ROUSSE (in Puget-Ville) and Randonnee Bormes-les-Mimosas (in Bormes-Les-Mimosas). There's still lots to do: tour the water at your own pace with Mistral Evasion, pause for some serene contemplation at La Collegiale Saint Paul, head outdoors with Cape Canaille, and hike along Foret de Roustagnon.

To find traveler tips, reviews, more things to do, and more tourist information, use the Marseille online itinerary builder .

Traveling by car from Nice to Marseille takes 2.5 hours. Alternatively, you can take a bus; or take a train. Expect a daytime high around 14°C in February, and nighttime lows around 4°C. Finish up your sightseeing early on the 6th (Wed) so you can catch the train to Lyon.
more less

Things to do in Marseille

Lyon is a historical city with a vibrant cultural scene as the birthplace of cinema, the silk capital of the globe, and the second biggest Renaissance city following Venice.

Get outdoors at Parc de la Tete d'Or and Parc d'Activites de Montagne de Praboure. Visit Basilique Notre Dame de Fourviere and Vieux Lyon for their historical value. Venture out of the city with trips to Station Autrans Meaudre (in Meaudre) and Speed Luge Vercors (in Autrans). There's more to do: get to know the fascinating history of Fourviere Hill.

Take a train from Marseille to Lyon in 2 hours. Alternatively, you can do a combination of flight and tram; or drive. While traveling from Marseille, expect slightly colder days and about the same nights in Lyon, ranging from highs of 15°C to lows of 4°C. Finish your sightseeing early on the 10th (Sun) to allow enough time to take a train to Paris.
more less

Things to do in Lyon

Do some cultural sightseeing at Montmartre and Basilique du Sacre-Coeur de Montmartre. Escape the urban bustle at Île de la Cité and Seine River. Change things up with a short trip to Palace of Versailles in Versailles (about 48 minutes away). There's lots more to do: contemplate the long history of Eiffel Tower, shop like a local with Champs-Elysees, pause for some serene contemplation at Sainte-Chapelle, and wander the streets of Le Marais.

You can take a train from Lyon to Paris in 2 hours. Other options are to do a combination of tram and flight; or drive. In March, daytime highs in Paris are 13°C, while nighttime lows are 3°C. Finish your sightseeing early on the 17th (Sun) so you can travel to Helsinki.
more less

Palace of Versailles
Find places to stay Mar 10 — 17:
Hotels on TripAdvisor
Homes on Airbnb
Highlights from your plan

Daughter of the Baltic

Start off your visit on the 18th (Mon): admire the landmark architecture of Rock Church, then learn about all things military at Sea Fortress Suomenlinna, then take in the architecture and atmosphere at Helsinki Cathedral, and finally get to know the fascinating history of The Esplanadi Park. Here are some ideas for day two: tour the pleasant surroundings at Nuuksio National Park.

You can fly from Paris to Helsinki in 6.5 hours. Alternatively, you can do a combination of flight and ferry; or drive. Traveling from Paris to Helsinki, you'll lose 1 hour due to the time zone difference. Expect a bit cooler temperatures when traveling from Paris in March; daily highs in Helsinki reach 3°C and lows reach -5°C. Finish up your sightseeing early on the 19th (Tue) so you can travel back home.
more less

Things to do in Helsinki