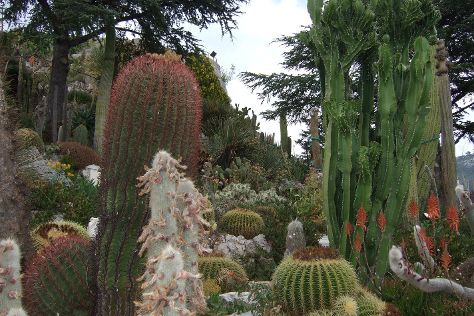 Known for its own microclimate that is generally milder than the rest of the French Riviera, Menton is located very close to the border with Italy, whose influence is visible in the architecture and customs of the city.

Explore the numerous day-trip ideas around Menton: Saint Martin-Vesubie (Parc Alpha, Sport Addict, & more), La Recreation Champetre (in Drap) and Eze (La cité médiévale, Le Jardin exotique d'Eze, & more). On the 19th (Sat), spend an exhilarating day on the slopes at Station de Ski de la Colmiane. On the 25th (Fri), spend an exhilarating day on the slopes at La Colmiane. There's much more to do: explore the world behind art at Musee Jean Cocteau Collection Severin Wunderman, take in nature's colorful creations at Les Jardins Bioves, hit the slopes at Isola 2000, and get to know the fascinating history of Promenade Le Corbusier.

For ratings, more things to do, maps, and more tourist information, you can read our Menton online tour planner .

If you are flying in from Australia, the closest major airport is Nice-Côte d'Azur Airport. In November, daily temperatures in Menton can reach 19°C, while at night they dip to 11°C. You will leave for home on the 16th (Sat).
more less

Things to do in Menton