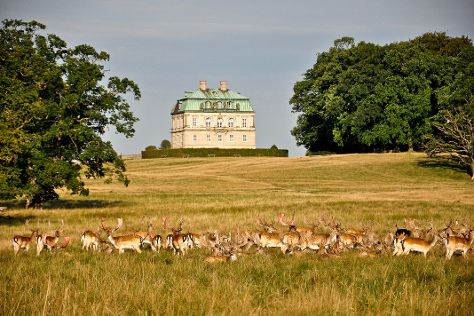 Founded in the 10th century as a Viking fishing village, Copenhagen has morphed into the cultural, political, and economic powerhouse of the country.

Step off the beaten path and head to Jaegerborg Dyrehave and Bike the City. You'll visit kid-friendly attractions like Royal Library (Kongelige Bibliotek) and Experimentarium. You'll find plenty of places to visit near Copenhagen: M/S Maritime Museum of Denmark (in Helsingoer), Eskebjerg Vesterlyng (in Eskebjerg) and Roskilde Domkirke (in Roskilde). On the 19th (Fri), spend a musical evening at Bakken - World's Oldest Amusement Park. The adventure continues: walk around Faelledparken, admire the striking features of Copenhagen Central Station, test your team's savvy at popular escape rooms, and savor the flavors at Food & Drink.

For photos, traveler tips, more things to do, and more tourist information, use the Copenhagen holiday builder tool.

If you are flying in from United States, the closest major aiport is Copenhagen Kastrup Airport. Expect a daytime high around 62°F in May, and nighttime lows around 45°F. Finish your sightseeing early on the 23rd (Tue) to allow enough time to travel back home.
more less

Things to do in Copenhagen