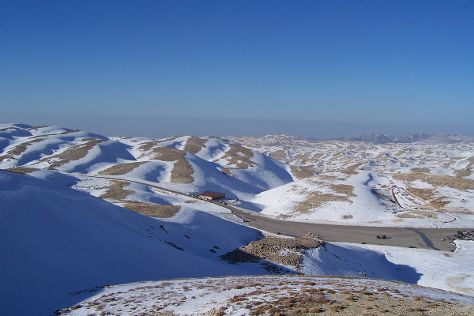 ©
Baalbek, properly Baʿalbek and also known as Balbec, Baalbec or Baalbeck, is a town in the Anti-Lebanon foothills east of the Litani River in Lebanon's Beqaa Valley, about 85km northeast of Beirut and about 75km north of Damascus. Get out of town with these interesting Baalbeck side-trips: Mzaar Kfardebian (in Kfardebian), Umayyad Ruins of Aanjar (in Anjar) and Coteaux Du Liban (in Zahle). There's still lots to do: contemplate the long history of Temples of Baalbek, delve into the distant past at Baalbek Roman Ruins, make a trip to Hajar al-Hibla, and take in the spiritual surroundings of Saieda Khaoula - Mosque.

To see other places to visit, reviews, photos, and tourist information, use the Baalbeck online trip itinerary maker.

Kuwait City, Kuwait to Baalbeck is an approximately 6.5-hour flight. The time zone difference moving from Arabian Standard Time (AST) to Eastern European Standard Time (EET) is minus 1 hour. Traveling from Kuwait City in February, expect nights in Baalbeck to be about the same, around 13°C, while days are slightly colder, around 23°C. Finish your sightseeing early on the 22nd (Sat) so you can drive to Bcharre.
more less

Things to do in Baalbeck 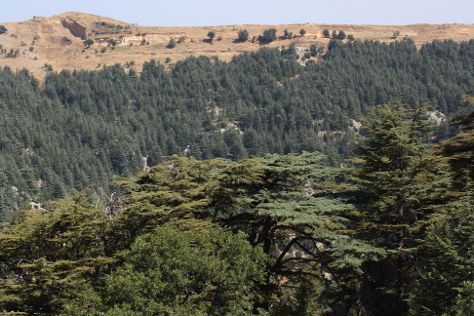 Sitting at 1,500 m (4,900 ft) above sea level and nestled between a mountain and a valley, Bcharre offers holiday goers breathtaking views.

Kick off your visit on the 23rd (Sun): look for all kinds of wild species at Horsh Ehden Nature Reserve and then take a peaceful walk through Tannourine Cedar Forest Nature Reserve. Get ready for a full day of sightseeing on the next day: appreciate the views at Qadisha Valley, take in the spiritual surroundings of Deir Qannoubin, take a peaceful walk through The Cedars of God, then take in the spiritual surroundings of Deir Mar Elisha, and finally contemplate in the serene atmosphere at Deir Qozhaya.

Plan trip to Bcharre with our itinerary maker to find out where to go and what to do.

Getting from Baalbeck to Bcharre by car takes about 2 hours. In February, daily temperatures in Bcharre can reach 23°C, while at night they dip to 13°C. Wrap up your sightseeing on the 24th (Mon) early enough to drive to Beirut.
more less

Things to do in Bcharre

Paris of the East

Sitting on the Mediterranean coast, Beirut, the country's capital and largest city, has plenty of appeal itself, as well as offering a convenient base for exploring the country's other sights and cities.

When in Beirut, make a side trip to see Our Lady of Lebanon in Harissa, approximately Harissa away. The adventure continues: take an in-depth tour of National Museum of Beirut, shop like a local with Hamra Street, explore the striking landscape at Pigeon Rocks in Raouche, and wander the streets of Beirut Souks.

To find where to stay, photos, maps, and more tourist information, refer to the Beirut trip planning site.

Traveling by car from Bcharre to Beirut takes 2 hours. In February, daily temperatures in Beirut can reach 23°C, while at night they dip to 13°C. Cap off your sightseeing on the 28th (Fri) early enough to travel back home.
more less

Things to do in Beirut